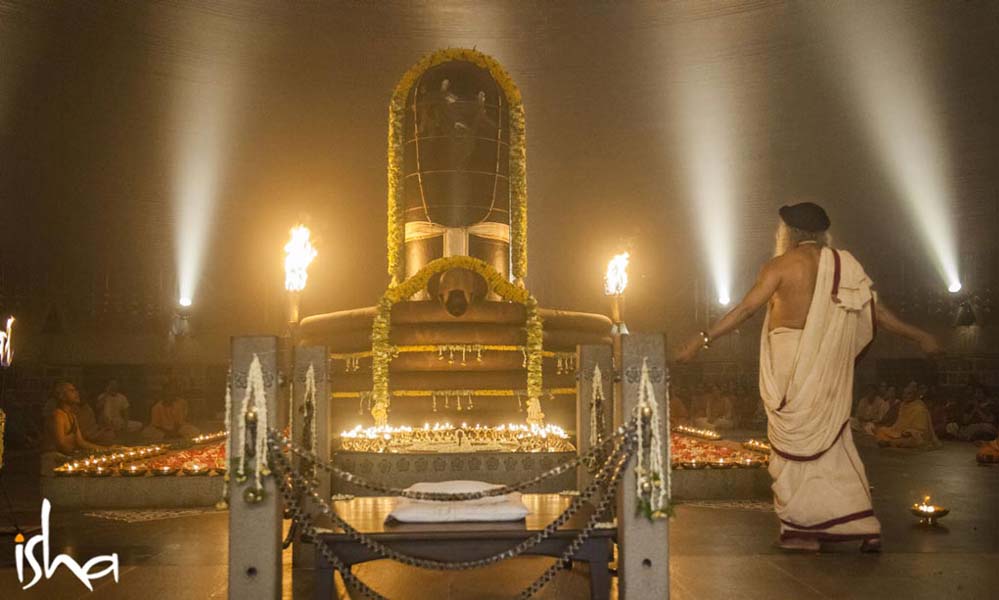 Sadhguru: “Right from ancient times, any number of people have visited India, including the great American writer and thinker Mark Twain. After his short visit, he said, “Anything that can ever be done either by man or God has been done in this land.” I think that is the best compliment that this nation has ever received.
Most people are not aware of the depth of mysticism and spiritual process that has happened and still continues to happen in India. This land has always been known as the spiritual capital of the world, simply because no other culture has looked at the inner sciences with as much depth and understanding as this culture has. In this culture, liberation or mukti has been the highest goal – even God has been considered just a stepping stone towards that.
In terms of bringing the spiritual process into practical life, a few yogis managed to quietly change the landscape. Agastya Muni was the most effective. The Indian people are still enjoying the benefit of what he did. He touched every human habitation and made sure the spiritual process became a living culture – not just a teaching, not just a philosophy, but a way of life. The whole society was structured such that the moment you were born in India, your life was not about your business, your wife, your husband or your

family – your life was only about mukti.
In this context, many kinds of powerful devices were created. There is a whole science of temple building, where a temple can become an enormous field of energy, a sea of energy. You must see some temples in India. You don’t have to believe in any gods. If you are a little sensitive, you can just sit there, and it will activate you from within.
If you come and sit in the Dhyanalinga in the Isha Yoga Center, it will shake you from within because this form is consecrated in a very powerful way. No rituals or prayers are performed here; there is always total silence. People from all religious backgrounds come and sit here. Just sitting silently for a few minutes in the Dhyanalinga is enough to make even those unaware of meditation experience a state of deep meditativeness. The space has been created like that.
The building of temples became such a huge process in South India that many temples were built, massive ones. Even if you just look at the physical architecture of the temples, the brilliance behind it is unbelievable. Temples were always built such that the temple would be grand and huge, but the people who built it were not living in palaces. They lived in little huts and it did not matter to them because they knew that the temple would be a tool for human well-being and liberation. Everything else was not important. This is the way the whole culture was created.
Unfortunately, the spiritual culture we see in India today has in many ways been broken by invasions, and distorted by long spells of extreme poverty. Much has been dislocated, but the basic ethos and backbone of the spiritual process is still not broken, and it cannot be broken. It is time that we reestablish this in its full glory once again, but it cannot be done the same way as it was in the past. Today people are much more logical, and much more science-oriented.
With the way education is impacting people, a spiritual process will not mean anything to people unless it is offered as a science. The science of yoga does not demand any kind of trust in a philosophy or a person. No belief is needed, no faith is needed – and it works. This is one system that has been practiced for thousands of years, and in terms of physical health, mental health and spiritual wellbeing of a person, it works. In this sense, in many ways, the future of the world is in yoga.
Right now, at Isha, we are offering ‘One Drop Spirituality’ – a simple process that anybody can teach to anybody without any risk. The goal is that every human being, irrespective of his caste, creed, religion, gender, or whatever else, must have at least one drop of spiritual process in him. Do not underestimate a drop. A drop is an ocean by itself.
When we say ‘spiritual process,’ it is not about gods, not about pooja, not about any such thing. It means that something beyond your physicality has become a living reality for you. A nonreligious, scientific spiritual process is the need of the hour. It is the need of the century, the need of the millennium, the need of eternity.”